The one application profiler to meet all your needs 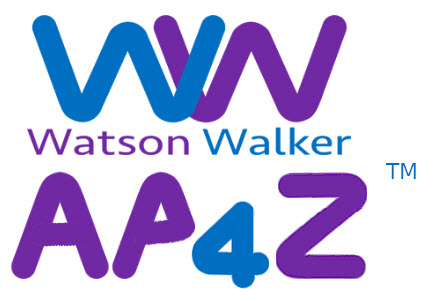 What is the Application Profiler for Z – AP4Z?

Watson & Walker’s AP4Z is designed to run all the time, gathering information about all executed application programs. Because it runs all the time, it is able to build a historical database of all your application programs, their inter-relationships, their compile attributes, their CPU usage, their elapsed time, where and when they ran, and other data. It is a little like a software asset manager such as IBM’s TADz®, except that it is aimed at applications rather than software products. It is also a little like an execution sampler (BMC Compuware’s Strobe®, for example), except that it gathers information at the program level rather than the instruction level, resulting in an overhead that is nearly imperceptible. It is a little like a load library scanner, except that it reports that information automatically, and only for programs that are actually executed. And finally, it is unlike any other product we are aware of in that it gathers information about dynamically-called programs.

Because of its low overhead and broad view, we believe AP4Z is complementary to, rather than being an alternative to, these products. With the widespread move to object-oriented programming and microservices, AP4Z sheds lights on programs and modules that currently lurk in the background, invisible to performance analysts.

All of this information is integrated into a single database with an intuitive, open source (Metabase), browser-based interface that supports batch reports and dynamic queries.

What can AP4Z do for you?

Depending on your needs, here are some of the possible uses for AP4Z:

What data does AP4Z give you?

Here, for example, is the data that AP4Z provides for each executed batch program:

AP4Z collects dynamic loads and calls from application programs and stores them in z/OS logstreams. These logstreams are then sent to an off-platform database that can be used for queries on your PC or Unix system. The flow is shown in the following diagram. This is all done with negligible overhead. 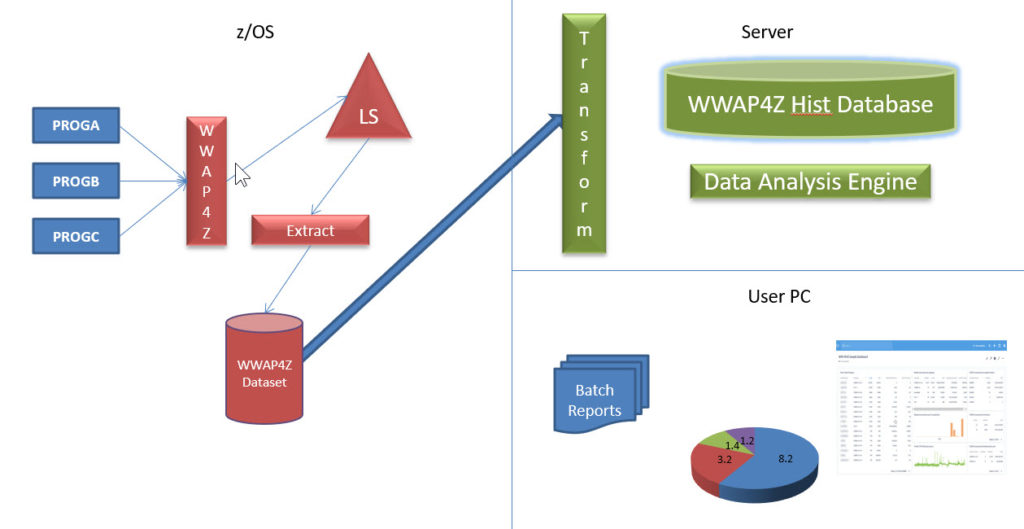 What will AP4Z show me?

The database contains all the data collected by AP4Z. You can used our canned reports or create your own reports and graphs using a very simple GUI. Here are a few sample reports: 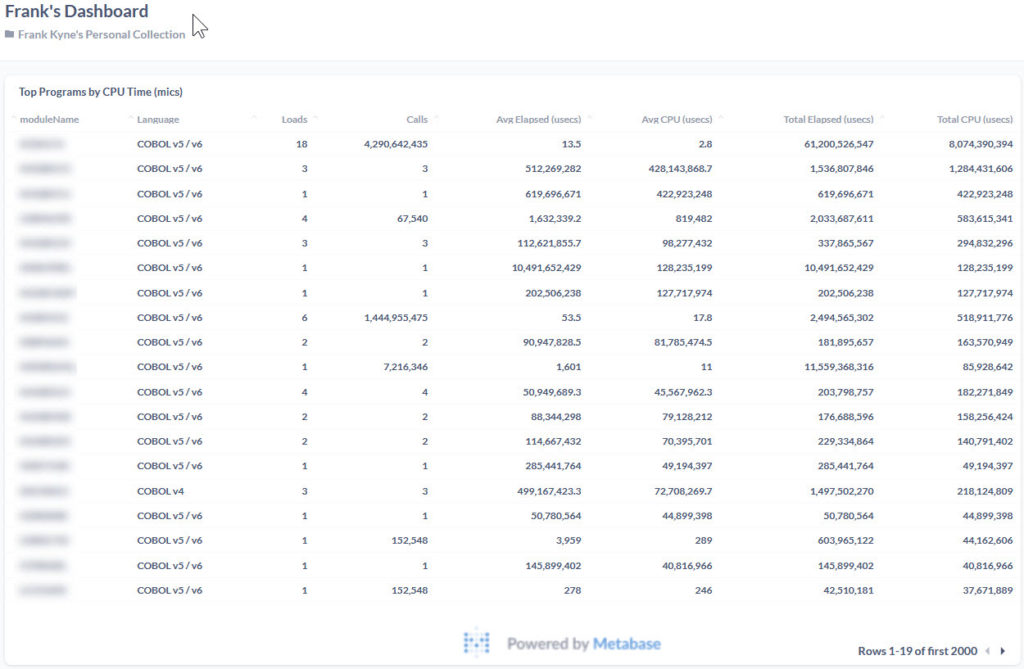 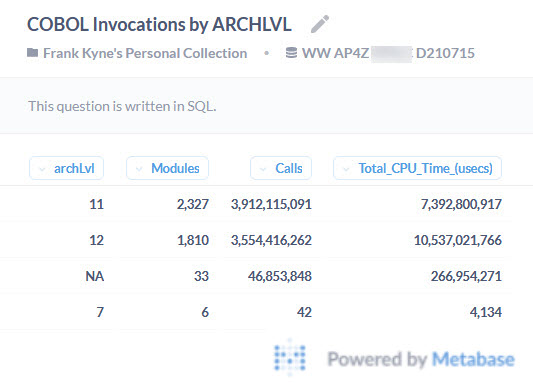 Where to get more information

Click here to download a more detailed article about AP4Z from our Cheryl Watson’s Tuning Letter 2021 No 2.

Indicate your interest below to obtain more information and/or a demo designed to address your particular needs.

Find out more about the Application Profiler for Z

If you think the Application Profiler for Z (AP4Z) can help you, please contact us.